Ambience Entertainment, Australia’s leading producer of family film & television entertainment, is the first major Australian production company to film in Newcastle, NSW, with the aim of using as many local cast and crew as possible.

Commissioned by CH9, the Preschool show, ‘I AM ME’ has featured over 850 local children. Production facilitated by Good Eye Deer, the show also boasted an 80% Hunter-based film & TV crew.

“RDA Hunter welcomes Ambience Entertainment’s decision to shoot its I AM ME television series in the Hunter.

I AM ME is an exploration of life and the world through the eyes of young children; a gentle and intimate show hosted by a magical puppet: Dash the Dragon. Throughout the show, Dash will guide the children through activities and interviews, exploring the little bits and pieces that make our kids uniquely who they are. 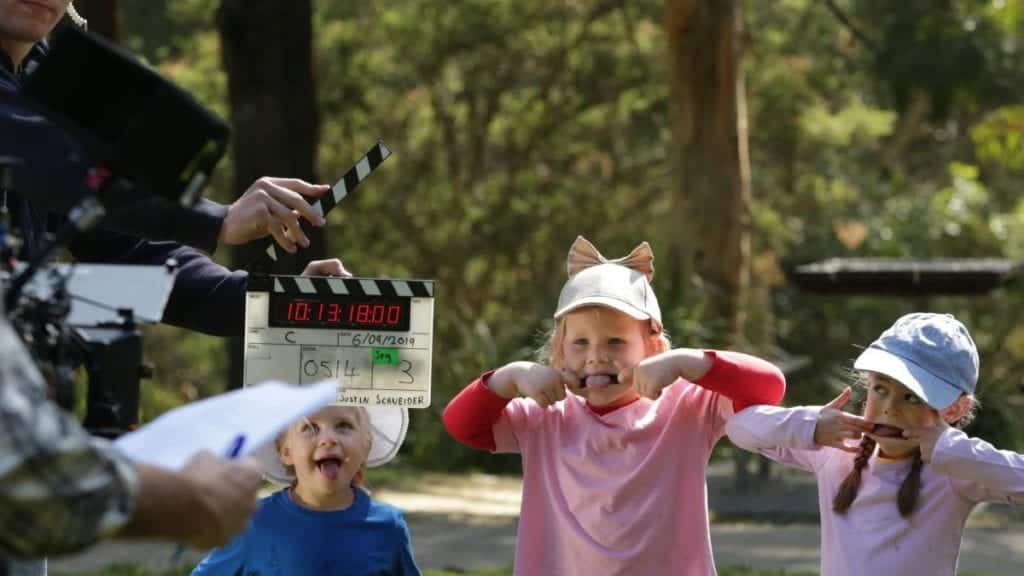 “Newcastle offered everything we wanted in a nice little package.”

The Sydney-based producers said the benefits of shooting the show regionally were many. “We’re excited to be filming in Newcastle and featuring fun, talented kids of various backgrounds who live in the Hunter.

“The fact we could get a crew here rather than having to bring one from Sydney was also really good.”

“If we were in Sydney and wanted to do this many types of locations, our travel would have been so much further for our crew, we’d have been travelling an hour to get to a wildlife park.”

According to Trevor John, Director of Regional Development and Executive Officer – RDA Hunter, it’s a positive step towards unlocking the potential of the Hunter’s film and television industry. “Professional productions attract attention to the region as a place to make high-quality films and TV shows.”

“RDA Hunter is excited by the prospects of building a creative export industry that will deliver local jobs and further diversify the economy.”